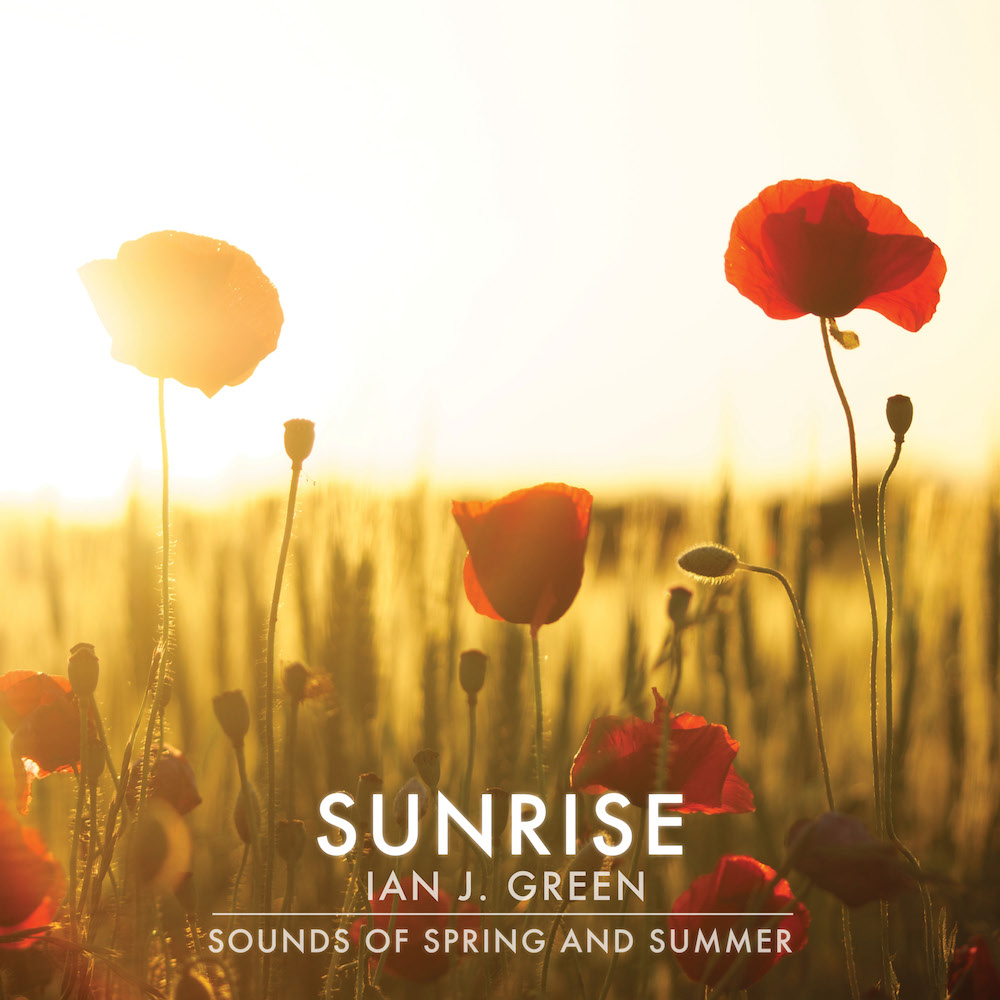 Sunrise is the title release from the upcoming album from Ian J. Green set to be released on April 15th, 2019. This album will feature, “The sounds of Spring and Summer”, and will take you on a journey with bright colours and enchanted destinations.

The album that features pieces for solo piano that capture the structure and freedom of improvisation, while offering various soundscapes of classic movie soundtracks. Each piece was performed in one take, the improvisations within each pieces are completely spontaneous, while also offering the structure of Ian’s unique style of composition.

Sounds of Spring and Summer
This piece was written for my wife in 2005 while we were still dating. It was one of the first pieces I wrote, and is still one of my favorites. Sunrise is influenced on 1990s pop chord structures with a sentimental tone included in the melodic line.